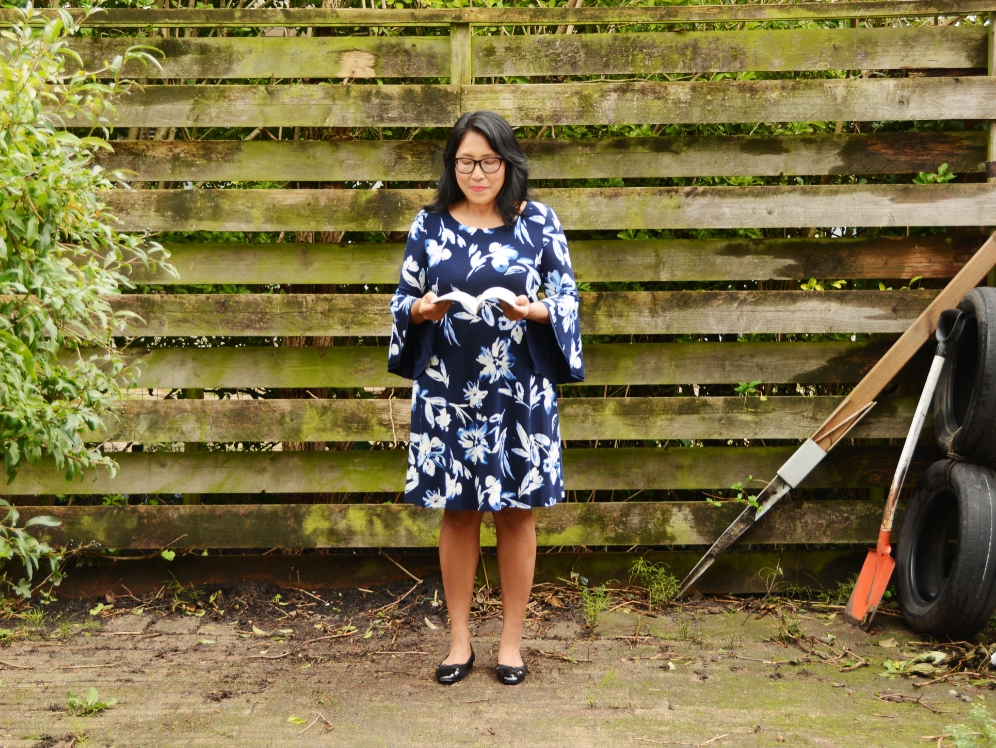 While unable to be in Thailand for the presentation of this prestigious award, Elite+ was still able to meet Witida via the Internet to discuss her life and winning novel, Roibaht.

Corporate Social Responsibility (CSR), has become an ever more important approach in building corporate image. As the number of ethical consumers continues to grow, companies must now take a more active role to demonstrate their concern for society as responsible citizens. To support female Thai writers, Praphasarn Publishing Co, Ltd and Bangkok Bank PLC inaugurated the Chommandard Book Prize over 10 years ago. Initially, it aimed to support Thai female writers’ nonfiction work, but in 2019, they, along with B.Grimm Power PLC, which also saw the importance of this initiative and so joined them as a sponsor, announced that the contest would for this year focus on fiction. 39 writers submitted their work of which eight were shortlisted. From these, the panel of judges led by Nareephop Jiraphirat, selected Roibaht (The Loop) as winner of the 9th Chommanard Book Prize, which was awarded at a gathering at the Bangkok Bank Silom Headquarters on 29 September 2020. Unfortunately, Witida was unable to attend the event and accept her 100,000-baht prize in person because of the Covid-19 restrictions as she resides in the Netherlands where she has lived since 1996. She went there to study literature after some years traveling and working. Before this, she earned a degree in business administration at the instigation of her father who had told her, “There are only two subjects girls should study: business administration and home economics,” but as she recalled, literature was her first passion.

“Since I was an only child and had no one to play with, I befriended every living and non-living thing around me. Luckily, there were tons of books in my house. Very early in my life I learnt how to read. I could actually read before I attended school.

“Brought up by two nannies who were only 14-15 years older than I was and not well educated, I was already old when I was young. They physically took care of me and I emotionally took care of them. I read to them, wrote letters for them, taught them English and explained, as easily as possible, the things they didn’t understand.”

After graduating, at her father’s insistence, she applied for a position at an insurance company, but when she learned the CEO was a friend of her father, she decided not to return when she was offered a position. Even before finishing school, Witida had begun writing articles for magazines, but never thought she would become a writer. She explained, “After leaving home I wandered for a couple of years in Thailand. After spending all my savings, I realised I had no more money. I experienced what it feels like to be hungry and tried to survive by eating only one egg per day. Then I applied for a job at Thailand Executive Profile magazine.

The interviewer said, ‘No. Sorry. You’ve no experience and worse, your degree is in BBA. How can you work here?’ I begged her to let me in for just a month to show her how much I could do. That was my first step of working in this field.

“I started as editorial staff, but stayed only about two to three months. Then I moved to Silk Magazine, again as editorial staff. I was an editor only for one magazine, Telecom User Guide. I didn’t know if I really liked this kind of work. I just loved reading and writing even if no one read it.”

Since living abroad and with the advent of the Internet and now social media, Witida has spent much of her time writing without pay for different magazines and websites. “There are a lot of not well-educated people in Thailand. Many of them never buy books but read online. So, I love to write non-paid, simple stories. I add a bit of morality, a bit of important events in history, a bit of messages that will stay with them. Some readers have written me that my stories have affected them deeply, expanded their points of view and helped them solve daily life problems. What they tell me makes me feel rich.” Witida has won numerous awards for her writing, like the Wan Kaew Book Prize. Another of these accolades was for her adolescent novel, Wan Kerd khong Khao Mong (Khaomong’s Birthday). When asked if it was different writing for young readers, Witida said, “For young readers I pay more attention to the words I use. The story must touch their hearts. I have to step outside my present world and get back to the time I was young so that I can see things from a child’s point of view. Chomaiphorn Saengkrachang, one of the judges, said she thought the writer was a young person, but at that time I was already 50.” As Thai writers often write under a pen name, before discussing her award-winning novel, I asked Witida the significance of her pen name, Chantarangsi. She explained, “My daughter’s name is Chantarampan, which is a combination of  Chantara, or moon in Thai moon Ampan, which means amber. So I use the first word of her name and add Rangsi, which means ray. Together they mean moonlight.

She then went on to say that for her Roibaht is a novel of social realism and that she used reincarnation, miracles and mystery to draw readers’ attention.

“It tells the stories of women and girls, their roles in a developing country such as Thailand… If a young child reads it, she would see a girl with a hard life. If a Buddhist layperson reads it, they might see the cycle of karma. And I don’t know how a Westerner who has no experience with Buddhism would think about the novel. They might say, ‘Oh! This’s the female version of Michael J. Fox going back in time trying to change the past.’

“Both Niramol and Botun are like many women in Thailand. They grow up wanting to be a good granddaughter, daughter, girlfriend, wife, daughter-in-law and a good mother. As good as they are expected to be, they must sacrifice themselves and act according to Asian moral theories about women.” When asked what she hoped the reader will think or feel after completing Roibaht, Witida said, “I don’t expect anything. As long as a person enjoys reading the book, it’s a good book. I read The Little Prince when I was 9, and I’d thought the only good part was when the narrator drew a snake that had eaten an elephant but the others thought he drew a hat.

“When I worked as an editor, I was asked if I had read The Little Prince and if I had cried. I asked, ‘Why cry? It’s just a children’s book.” I was then told, ‘Oh, you’re probably too young when you read it.’ I hadn’t paid attention to her words until I read it again when I was around 35 and cried badly. So, I let people think and feel freely when they finish any of my books. Sometimes readers ask me what would happen to some characters after the end. I say, ‘I don’t know. I’ve freed them already. They do what they want and you can create your own story about them.’” As winner of the 9th Commandard Book Prize, Roibaht will be translated into English. Just the title can have a number of interpretations, like The Loop, The Wheel or The Ties. It should be a quite interesting story about Thai women for those who cannot read Thai once it is available in English.

To end our interview, Witida was asked if she had recommendations for young writers or final thoughts for our readers. She ended by saying, “For young writers, you write what you know, what you want, what you’ve experienced. Look at the world as if you’re  a speck of dust in the wind. We’re all tiny. Never judge people from your point of view. We’re already stuck in a cage that humans built. Even if we can’t fly, at least we can move our big toes. Be eager, thoughtful, tender and start writing now.

For readers, there’s only one thing in the world that you can love and hate, laugh and cry with and lay your head on it or lay it on your head, flip it back and forth, even tear it like toilet paper and tell it the truth no one wants to hear; it’s a book.