Mew Supasit: How to Manage a Busy Life 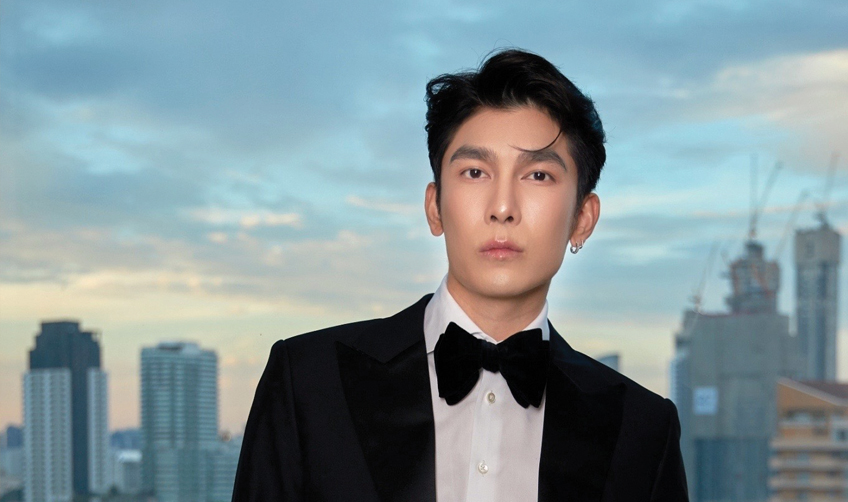 A graduate in Industrial Engineering from Kasetsart University and currently pursuing his PhD, Mew Supasit was scouted and recruited when still in high school. He began working in advertising and performing in music videos and short films. Today, Mew has become one of Thailand’s best-known actors and singers and recently opened his own studio, MSS Connection. Even with his busy schedule, he was kind enough to talk about his interests with Elite+.

When asked how Mew has used his engineering studies in his current activities, he said, “While studying in my first year at university, I learned physics was not my forte, however, math was. So, I decided to pursue a degree in industrial engineering in which the courses cover time and waste management. Thanks to this, I learned how to prioritise and managed my schedule professionally. Working in entertainment, where people wear many hats, time management is a key factor I practice continually in my everyday life.”

As CEO of Mew Supasit Connection (MSS), Mew explained, “While time management is difficult, managing people is more difficult. It is very important to put the right person in the right job. This is vital to complete a job faster and more efficiently.”

Mew earned fame for his role as Tharn in the TV drama, “TharnType: The Series”.  We then discussed his current project in which he directs and stars in “The Ocean Eyes”, a feel-good family series about the life of a marine veterinarian, which examines global warming, a concern of Mew’s. “I want to produce a series that raises awareness of global warming as well as being unique. Then, a story of the sea came to mind.  Our earth is 70% water. Moreover, the oceans connect nearly every country and thus, the people of the world. This means even though we live in Thailand, we are just one member of the world population. Therefore, it is our duty to help improve the climate change situation.”

Mew went on to say, “The most difficult part in making “The Ocean Eyes” was keeping a balance between education and entertainment. If the series is too academic, it might bore the audience, but if it’s too comedic, the message might may not be communicated. For this series, an American team created the script, which added to difficulties in language. Still, we had a good time producing the series which is planned for release next year.” Next, we moved on to discuss Mew’s singing career which he began by declaring music is his first love, and it was during the pandemic that Mew had the opportunity to concentrate on this and set up Mew Supasit Studio, now MSS Connection, to produce and manage his own albums and singles. His first hit, “Season of You” took only two days to record a million views. Mew said he was actually quite shocked and happy to achieve this as he didn’t expect it to be a huge hit. Mew explained he only wanted to write a song to heal people’s hearts. “During the pandemic, everyone was feeling down, sad and lonely. ‘Season of You’ had as its aim to lift people’s spirit. I wanted them to feel they were not alone. I’m happy my song achieved this.”

After releasing “Season of You”, Mew continued to release new singles, “Nan Na”, featuring NICECNX in November 2020, “Good Day” in February 2021 and “THANOS” in March 2021 with Wan Thanakrit Panichawit as the producer. Then, in June 2021, Mew released his first international single, “Summer Fireworks”, which he wrote and composed himself. In August 2021, Mew then released his first album, “365” that included the single “Drowning”. Unexpectedly, the album was a huge success, ranking in the Top Ten World Digital Song Sell on the iTunes’ Billboard Chart. Mew admitted that when Billboard called him and he learned Forbes Magazine in America had written about him, he was surprised. Then, when he heard the news at 10 pm, he could not sleep the entire night.

When asked why he opened his studio, Mew said that he saw several international singers open their own studio and agency where they can have full control over their music. “I really like this model because as a singer, I want to be involved in every aspect of the process, which if I am under another agency is not possible. Having my own studio, I manage everything. I know the entire process, and I feel if I invest enough of myself into my work, I can truly call it my original. Moreover, with my own studio, I can learn more and expand on my ideas with other professionals.” Being a CEO at such a young age, Mew gives his attention to management. “A good manager can successfully manage a company’s resources, the raw materials and its people. A persons’ heart and mind are difficult to manage as each was brought up in a different way. It is important to recognise that different methods are required to make different people understand a particular thing.”

In the future, Mew plans to expand upon his Global Artists project in which other professional singers and musicians will collaborate in creating music. At the same time, “The Ocean Eyes” will be broadcast next year if there are no further disruptions. Mew says he will also be involved more internationally. As for MSS Connection, Mew aims to build more connections as well as recruit singers and musicians to join the organization. He also plans to produce series and movies to sell both domestically and internationally in the future.

Mew has just released a new single, “Before 4.30 (She said)”, featuring Sam Kim who also produced the recording. By the end of this year, Mew will release two more singles, and in the next fice years, Mew hopes to go to Hollywood and tour both domestically and internationally.  To conclude, Mew said, “I would like to thank all my fans for their support throughout my journey. I must also thank my team for taking care of me.”