So You Won’t Forget! 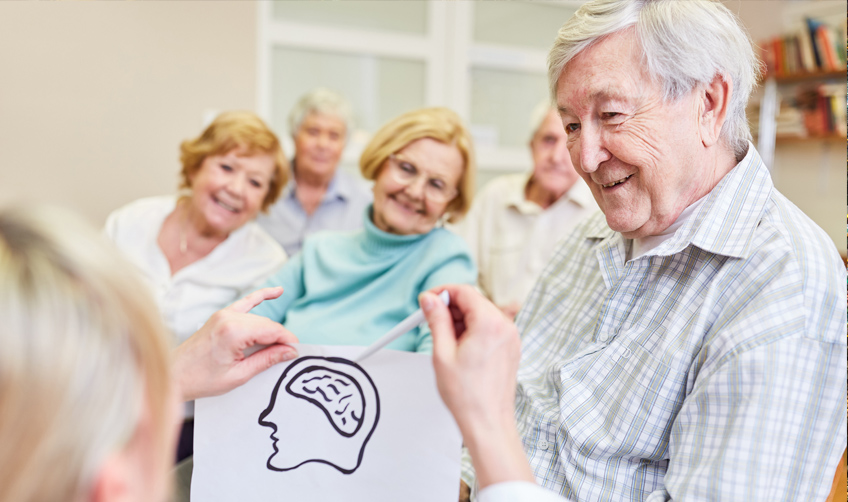 So You Won’t Forget

For those of you who follow my column,  you probably noticed that I have writing a lot about aging. This is because our world, including Thailand, is moving towards an aging society with seniors living longer and the number of new births in decline. Continuing with this theme in this issue, I will talk about dementia, which actually includes many forms from mild cognitive impairment to the most dreadful, serious manifestation, Alzheimer’s disease. Therefore, I want to discuss the best way to preserve, protect and even improve memory.

Forgetting is actually a normal part of aging; it happens to everyone, more or less. Names and terminology are the most noticeable act of forgetting,  which can be quite frustrating when you can’t remember a name that is at the tip of your tongue. This is quite normal for people of 50+ and is classified as dementia. Dementia is a term used to describe a group of symptoms affecting memory enough to interfere with one’s daily life. While dementia generally involves memory loss, the root cause may come from various factors. Memory loss alone doesn't mean a person is suffering from dementia, although it’s an early sign of this ailment.

Alzheimer’s disease is today considered the most progressive form of dementia in older adults, but there are a number of forms. Dementia symptoms will vary depending on the cause, but common signs include cognitive changes that lead to memory loss, difficulty finding the right words and difficulty with visual and spatial capabilities. It all becomes more obvious when a person starts experiencing difficulties in their daily life. Another symptom is feeling lost when driving normal routes and facing problems with reasoning, problem-solving and handling first complex and then simple tasks. Dementia also manifests in psychological or personality changes, depression and anxiety, inappropriate behavior, paranoia, agitation or even hallucination. This is because the root cause of dementia is damage to nerve cells and connections in the brain.

Many factors can contribute to dementia such as age, which is irreversible, as is family history such as the inheritance of Down’s syndrome. Other factors can be addressed such as diet and exercise. Research has shown that insufficient or lack of exercise have increased the risk of dementia. As I have said in other articles, exercise can prevent various ailments that come with aging, like sarcopenia and arthritis. While no specific diet is known to reduce the risk of dementia, a number of studies indicate a higher incidence of dementia in people who eat an unhealthy diet compared with those who follow a Mediterranean-style diet rich in vegetables and fruit as well as whole grains, nuts, seeds and food containing omega-3 fatty acid. Excessive alcohol, on the other hand, can cause deterioration to the brain. Cardiovascular risk factors include high blood pressure, or hypertension, high cholesterol that will narrow or block arteries, and obesity. Three other conditions that can cause  the onset of dementia are depression, diabetes and smoking as well as low levels of vitamins D, B-6 and B-12 and folate.

As we don’t yet fully understand the causes of dementia, there is no sure way to prevent it. However, there are a number of precautionary steps one can take. These include treating any psychological condition such as depression or anxiety. If you smoke, stop, not just to prevent dementia, but for your overall health. Make sure you get enough sleep. Quality sleep is a must, and you should consult a doctor if you suffer from snoring or breathing difficulties when you sleep. You also need to manage cardiovascular conditions, like high blood pressure, high cholesterol and diabetes, as they can lead to a higher risk of certain types of dementia. Obesity, or being overweight, is also a danger. This can be alleviated through diet and exercise. The recommended body mass index (BMI) is between 18.5 to 25.0. Keep your mind active as mentally stimulating or challenging activities, such as reading, solving puzzles, playing word games, playing cards and memory training especially meditation, may decrease the effects and delay the onset of dementia. At the same time, be physically active and socially interactive. Exercise is best at least three times a week for a minimum of 15 minutes. Finally,  be sure to ingest enough vitamins. Many researchers have found that low levels of vitamin D can lead to Alzheimer's and other forms of dementia. Moreover, taking a daily B-complex that combines vitamins B6 and B12 and folic acid plus vitamin C also help prevent dementia.

Aging is normal for all living beings. After birth, comes aging, ailing and finally, death. As there is no way yet to escape this cycle, we should aim to live our lives peacefully and happily. Dementia is a condition everyone will face, but the degree of intensity will vary. Thus, we should all take what steps we can to prevent the onset and then reduce the symptoms of this condition. A good quality life can be yours if you commit to taking the actions necessary for live a healthy life so you enjoy as much as you can of what they world has to offer.