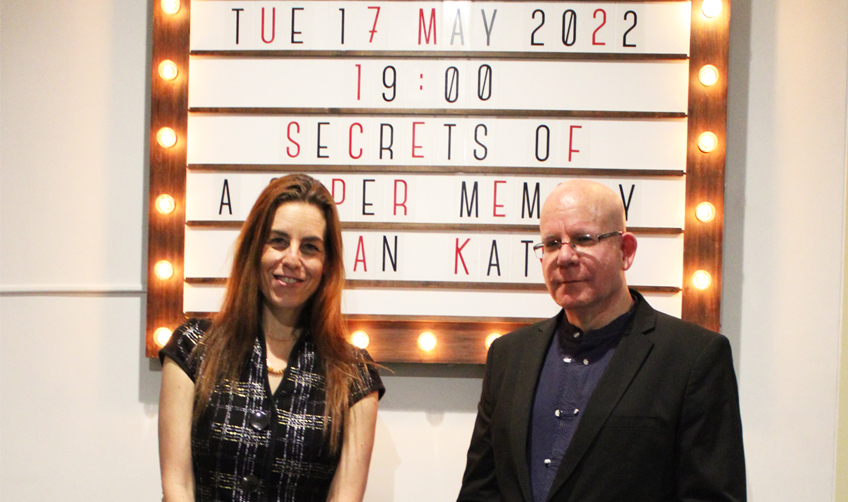 The Embassy of Israel recently organized a whimsical, brain-stimulating evening with the best-selling author and Guinness Record holder, Eran Katz, at the Alliance Francaise. Visiting from Israel where he is based, Mr Katz shared with the audience the secrets for accessing brain super power in a fun and interactive way. In the fully packed auditorium, the attendees were mesmerized with all the tricks that Mr Katz shared on « Secret of a Super Memory » and witnessed amazing memory stunts. A live demonstration was given when the author successfully remembered a series of numbers, even by reciting them backwards. Eran Katz is a leading speaker on memory and intelligence and a popular guest on TV and radio shows. He has delivered his lectures and seminars to hundreds of leading multinational companies and organizations worldwide including Motorola, IBM, Oracle, Microsoft, Nokia, General Electric, Coca-Cola, AT&T, Avis, The European Petrochemical Association, Singapore Government, Japan Opensense workshops, Thai Chamber of Commerce and many more. In his youth, he worked in the cowshed on Kibbutz Yahel and remembered all the cows’ names. In fulfilling his military function as a radar operator, he remembered an infinite number of frequencies and markers using extraordinary techniques that, at present, he teaches during his lectures.

Approximately 250,000 people around the world have attended one of the 1,800 entertaining lectures and seminars he has delivered. Mr Katz also holds the Israeli Guinness Book of World Records title in memory stunts. His books, “Secrets of a Super Memory” and “Five Gifts for the Mind”, have been on the bestseller lists in four countries. Translation rights for his books have been sold in 17 languages.