THE ART AND CRAFT OF GUIDING THE CENTRAL BANK 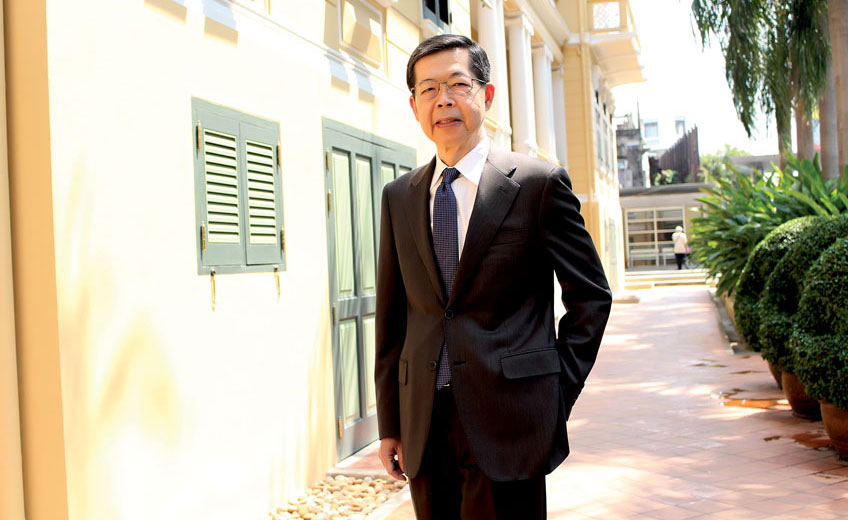 Prasarn Trairatvorakul, former governor of the Bank of Thailand (BoT), does not fit the image of a party-spoiling central banker. William McChesney Martin, former chairman of the US Federal Reserve Bank, described the position as that of “a chaperone who orders the punch bowl removed just when the party is really warming up”.

The 63-year-old economist, however, is more reminiscent of a soft-spoken academic expert. But beneath that exterior, Mr Prasarn has nerves of steel that helped him deal with repeated pressure and intervention from politicians. He refused the previous government’s demands that the central bank cut policy interest rates. He said no to attempts to change the law governing the central bank and the nation’s international reserve to open the way to invest in energy resources and other types of assets. He also refused demands to weaken the Thai baht in order to boost exports.

Mr Prasarn retired from the BoT last year in a memorable way. Apart from a speech and farewell party, he penned a final “Letter to Ajarn Puey”, published in BoT Magazine. This year he printed a book to mark the centennial of Puey Ungphakorn, former BoT governor and senior alumni at his alma mater, Assumption College. The book is a compilation of his columns published in BoT Magazine from March 2012 until his retirement last year. Mr Prasarn used the “Letter to Ajarn Puey” column to communicate with BoT staff and express his ideas and feelings.

In reality, Mr Prasarn, who started his career at the BoT in 1983, never worked with the legendary BoT governor.

“Ajarn Puey was a role model, an icon who reflected the values of the BoT,” he said to explain how the column came to be presented. “It is regrettable that the younger generation at the BoT do not know much about him.”

The book, downloadable from the BoT website, is recommended for executives and students who wish to understand Thai microeconomics, and essential for those who one day hope to lead the BoT, one of the country’s most important institutions.

The chapter that most reflects his philosophy is “Public Office Is Public Trust”, a motto espoused by Ajarn Puey.

“Public office is not a building, it is not being governor but it is the trust we gain from the public. It is useless if we gain public office but lack public trust. Ajarn spoke a great deal about the role of the central banker. He often said that the BoT governor must dare to tell the prime minister the truth even when the message is upsetting. And if that governor isn’t brave enough to tell the truth, he or she should leave office.”

When Mr Prasarn became governor, he immediately reinstated values instilled by Ajarn Puey to establish a collective identity for BoT staff, including being upright, far-sighted, helpful and down-to-earth. If there was one thing separating him from other governors, it would be his knack for marketing and communication strategy. Apart from overseeing monetary policy and banking, he paid attention to rebuilding the brand image of the BoT.

For private corporations, brand building might be a common activity. But the BoT is a traditional and proud institution full of serious economists taught to be secretive and reserved. He remembered that staff were reluctant when he tried to promote good communication and make the BoT accessible to the public.

“BoT staff look at the BoT as a protector of the country’s economic stability. They do not look at their work as service. But I asked them whether or not the BoT has clients. In their answer, the clients of the BoT are the government, financial institutions, commercial banks and the public. So if we have clients, we have products which are service.”

During his tenure, the BoT maintained the stability of the economy. It was no easy ride. The global economy has been in a sombre mode. Street protests paralyzed Bangkok and the economy for years, and the coup d’etat dampened investment.