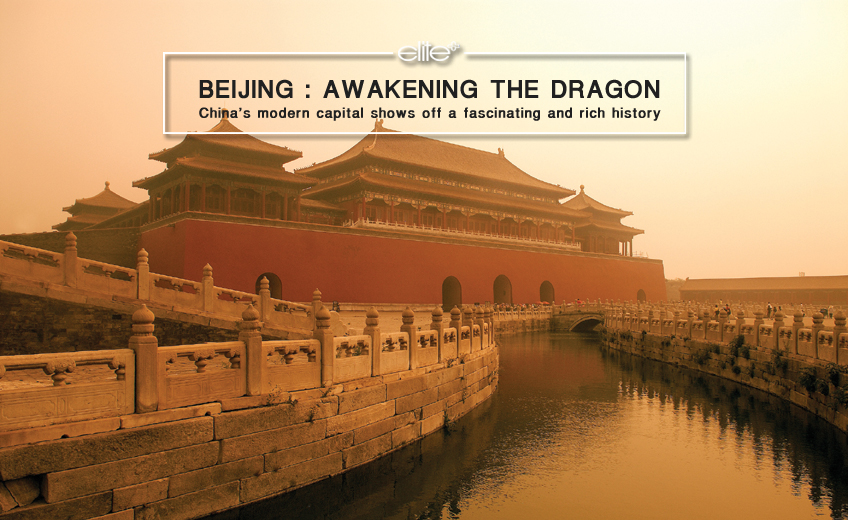 Built during the Ming dynasty by 200,000 labourers and completed in 1422, this magnificent palace sits at the heart of the capital, surrounded by towering walls. Accessible through the Gate of Heavenly Peace off of Tiananmen Square, the Forbidden City is the largest and best preserved cluster of ancient buildings in China. It has 8,706 rooms where an estimated 10,000 people lived, including eunuchs, maids and concubines. The major halls of the outer court all face south, while the western and eastern sides are the former living quarters containing libraries, temples, gardens and theatres. Most visitors to China experience the Great Wall at Badaling, approximately 80km northwest of Beijing. It is a touristy section that was first restored in 1957 but can be quite strenuous. Another popular section of the Great Wall is at Mutianyu. Mutianyu is less crowded and a bit rougher compared to the popular Badaling. The height of the wall is as high as 8 metres from the ground with a width of 5-6m. There are also many accessible areas of a “Wild Wall” that are only partially restored and give visitors a glimpse at how time has treated one of the world’s great wonders. In the northeast corner of Beijing lies Beijing’s most spectacular temple complex – the Tibetan Lamasery, also called Yonghe Gong. It is the most handsome and impressive Buddhist temple in the city. The Lama Temple was originally the residence of prince Yongzheng, who later became emperor. His mansion was converted into a temple in 1744 after he ascended the throne. Today, the Lama Temple it is still one of the most sacred spots in China and features five large halls and five courtyards with decorative archways, upturned eaves and intricately carved details.

For years, Beijing prepared for one particular day in 2008. Consistent with Chinese mythology, the eighth day of the eighth month of the eighth year of the new millennium was an auspicious day for the world to be introduced to a new China: a China of prosperity and confidence, with a resurgent pride in being the inheritors of a rich and important civilization. The exotic attractions that have lured travellers from around the world to the Middle Kingdom for centuries are also an increasing source of pride for young Chinese. Touring Beijing, it is impossible to miss the excited crowds of domestic tourists sharing their cultural icons with foreigners as they seek a connection to the great civilizations of their ancestors.

Stretching over 6,000 kilometres across northern China – from scattered ruins near the Chinese border with North Korea in the east, to the important Silk Road outpost of Jiayuguan in the Gobi Desert – is another enduring icon of myth and legend: the Great Wall of China.

Nowhere is the energy and optimism of the Chinese people more visible than within the formally cloistered imperial palace of the Forbidden City. Once off limits to the masses, Chinese families join tourists from around the world joyfully snapping souvenir photographs in front of the sweeping cluster of intricately adorned buildings.

Constructed in accordance with Confucian principles of Yin and Yang by the third emperor of the Ming dynasty, the Forbidden City was concealed behind a 50m-wide moat and 10m-high wall. Behind the walls, 24 emperors ruled China for nearly 500 years until the Chinese Republic was founded in 1911.

Within and around Beijing lie many of China’s most stunning attractions: the Forbidden City, the Lama Temple, the Summer Palace and, of course, the Great Wall. But the historic icons of Beijing tell only a small part of what is a long and human story. Displayed quietly amidst daily life in hutongs and night markets, or on full display in a performance of Beijing Opera, the enduring culture of China is visible in the portraits of her people.