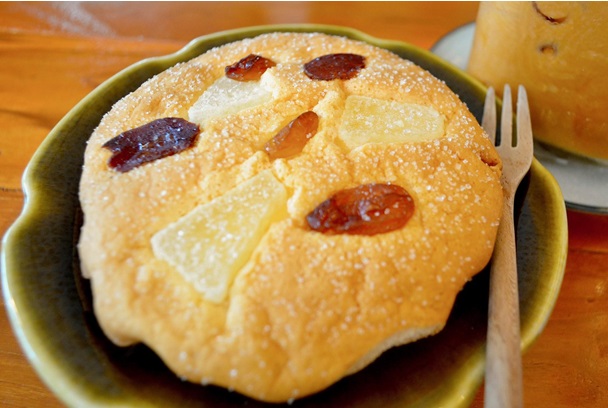 This is the second of a series of articles written by Communication Management students of the Faculty of Communication Arts, Chulalongkorn University, this one by Supitcha Leangcharoen, Napassorn Archavaniyut, Varalee Parndejpong, Napat Na Ranong, Thanet Soonthanvorasate, on university efforts to contribute to community sustainable development and environmental protection. Students from many universities have found that this area is interesting and has potential to develop. It has its own uniqueness that attracts both Thai and international travellers. One group of students assisting the community is from the Bachelor of Business Administration, or BBA, program at Chulalongkorn University. In Kudeejeen, each religion has its own sacred place of worship. For Buddhists, Wat Kalayanamit Wora Maha Vihara and Wat Prayoon are important temples for the community as well as attract tourists’ attention. Wat Kalayanamit is home to the image Luang Phor Toh. Also known as Sam Por Hug Kong or Sam Por Kong, it is highly revered by ethnic Chinese. Meanwhile, Wat Prayoon has earned a UNESCO listing, which has now placed it high on many tourists’ to-visit lists. Bang Luang Mosque, or Kudeekao, is the spiritual centre for Muslims in the Kudeejeen neighbourhood. It is the only Thai-style mosque in the world decorated with details that reflect Thai, Chinese and European cultures, thus making it a unique destination for visitors to Bangkok. Close by is the Santa Cruz Church, a Catholic church first erected more than 250 years ago. The 16 bells chime melodies, which in the past included the Royal Anthem for King Rama IX when he was cruising on his barge along the Chao Phraya river.

Aside from the architecture, the community has been influenced by Portuguese cuisine. The signature treat, not to be missed while visiting Kudeejeen, is called “Kanom Farung”, or “Kudeejeen Portuguese Cake”. The baking method and recipe influenced by the Portuguese have been passed on for more than five generations. The cakes are made with three main ingredients: flour, eggs and sugar and then topped with persimmon, raisins and dried sugar.

If you are craving a blend of authentic Portuguese cuisine mixed with Royal Thai cuisine, a small, old, wooden restaurant, Baan Sakul Thong, is the place to visit. For only 250 baht per person you can savour a unique homemade meal experience that consists of appetizers, one main dish and a dessert. The most famous appetizers are Jeep Tua Nok, or bird-shaped Thai dumplings, and Moo Ta Kror, fried noodles stuffed with pork balls. These are followed by a signature main dish, Portuguese-style rice noodle topped with minced chicken and red curry mixed with coconut cream. You finish this delicious meal with the Thai dessert “Look Tarn in syrup”.

Baan Sakul Thong owner Miss Kanittha Sakulthong said the restaurant was founded based on the established character of the community. She decided to create the fusion of Royal Thai and Portuguese cuisines, making it one of the landmarks of the village.

Khun Kanittha added another reason she decided to start the restaurant, which was when people talked about the village, they only mentioned the Portuguese desserts. She wanted to present another aspect of the community.

“This is the only place where you can find Thai-Portuguese food,” she said.

Although Kudeejeen’s reputation has spread worldwide, the actual community is very quiet. “There is nothing much to do when people visit because the villagers worry that the earnings they will receive from running a tourism business will not really suffice,” she explained.

“Our project is interested in developing a map that compiles information about the Kudeejeen community. A map that will be easy to understand, which will be suitable for tourists, marking such places as religious landmarks, restaurants, etc.,” said Build, one of the BBA student group members.

He added that his group has collaborated with the Urban Design and Development Center (UDDC) and in addition to the map, they aim to create a social media campaign to promote tourism in the area. It is a very useful way for youngsters to see the BBA projects, learn about the Kudeejeen community and experience a new traveling experience in Bangkok.

The BBA students have gained new perspectives, too, and learned ways to increase the number of tourists to visit the area.

The students have also learned that participating in this project can be very beneficial because they have been able to use their knowledge and experience to elevate the livelihoods in the area. Kudeejeen Community president, Pinthong Wongsakun, also known as Pin, said that the community is mainly promoted by word of mouth. In addition, the university students have helped raise awareness by making a video for posting on social media, including YouTube.

Next year, Kudeejeen will celebrate its 250th anniversary and plans to improve some infrastructure such as painting alleyways and changing signposts to better match locations.

“The main reason Kudeejeen comprises people of different religions is that their ancestors helped King Taksin retake the region from the Burmese and he then favoured these people,” said Pin.

King Taksin gave every group some property in Kudeejean to create a sense of unity and independence, Pin added.