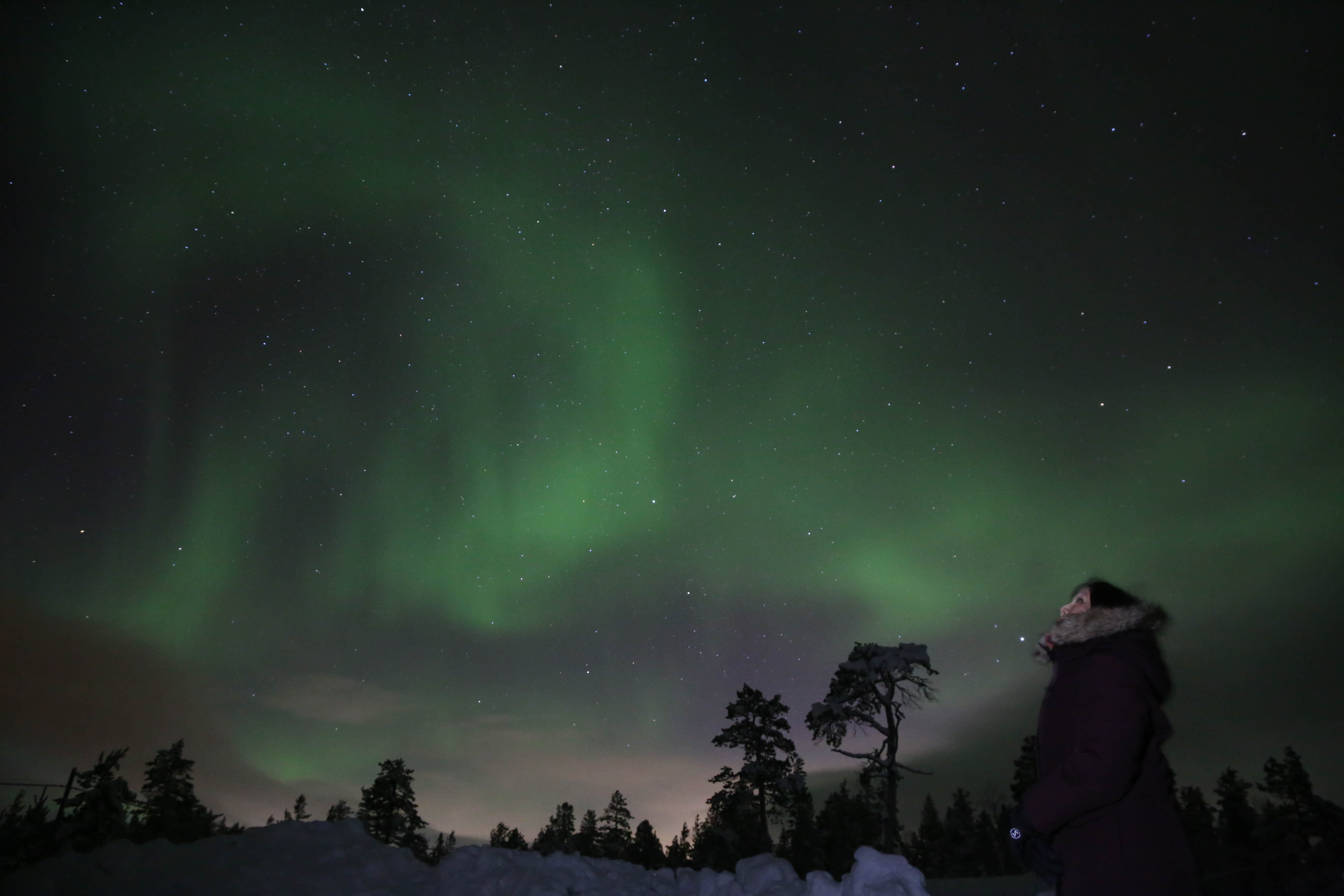 Story and photos by Sukanya Thamthada

In the darkest wintry night above Murmansk in north-western Russia, ethereal streaks of luminous green lights dance in the horizon. This time around in Russia, I was determined to go hunting. Not for wildlife or ice fishing that a lot of hunters opt for, but on a hunt for the aurora borealis, or what most people know as the northern lights. In a small group of three, we travelled to Russia just after New Year, which is considered the most probable time to catch this spectacular phenomenon. Expecting to be stuck in remote areas for a few days during the hunt, we decided to first visit the culturally rich and opulent cities of Moscow and St Petersburg, soaking up the culture, the history and the metropolitan flair Russia has to offer. Ready and armed, we left St Petersburg for Murmansk, a city in north-western Russia, at the end of a deep bay off the Barents Sea. You might have heard of Murmansk as the town that hosts the SM Kirov Murmansk Regional Palace of Culture concert and The Lenin icebreaker, a decommissioned 1950s nuclear-powered ship, but this town is also a thriving tourist destination with authentic local activities to enjoy, such as ice fishing, husky sledding and reindeer farms. We settled into the quaint town and tried to get as much rest as we could, as the hunt would start the following day late at night and could last several hours in the open, amid the harsh, cold temperatures. Apart for warm winter gear, what you need is a guide who knows where to find the northern lights. Northern lights are different from most natural occurrences as they move around and even hide in plain sight. So, it’s not like you can grab a chair and wait for them to appear in the sky – hence, the hunt. What you have to take into consideration is the Kp-index, i.e. your chance of seeing the northern lights. The Kp-index describes the disturbance of the earth’s magnetic field caused by the solar wind.  The faster the solar wind blows, the greater the turbulence. The index ranges from 0, for low activity, to 9, which means that an intense geomagnetic storm is under way. The higher the number, the more chance and the stronger the northern lights tend to be visible. Knowing full well that our hunt was a gamble with nature, we booked accommodation for four nights as we were determined to try our luck very night to catch the show. The first night, we set off in a small 4x4 at 7pm. Our guide, checking the Kp-index constantly, warned us that there could be long waits and that we would need to move quickly from one spot to another. So, if you’re thinking of going on this hunt, I suggest you go with a small group as it makes it easier to move around. At the first spot, we saw nothing. So, the four of us drove another 60 kilometres in the snow to an abandoned village that had a little higher Kp-index, and around 10pm we saw them. First it was like a green, luminous smoke that slowly spread, expanding and extorting, above us. Then the second one came, and the third. They moved, swayed and swerved with the wind, performing a majestic celestial dance to nothing but silence against the pitch-black sky as backdrop. We considered ourselves very lucky to see the northern lights on our first night of the hunt, and it was worth the arduous journey and the wait in the cold. The rest of our days in Murmansk were spent experiencing local culture, particularly the husky sledding through the snow, which was so much fun. We also visited a reindeer farm and learned much about these gallant creatures. Their hides can keep a person warm in minus 70o Celsius. Their meat is rich in vitamins and nutrients, and most parts of their bodies can be put to good use. We also drove up to Teriberka to see the frozen waterfall and went much closer to the North Pole to sink our boots in the snow desert. If you are planning to see the northern lights, Russia is a good destination to consider, especially for Thais, as no entry visa is required. You can see as much of the northern lights as you can in Finland or Norway while paying much less. Just try to keep fit, do your homework and make sure to get a guide who knows how to hunt.